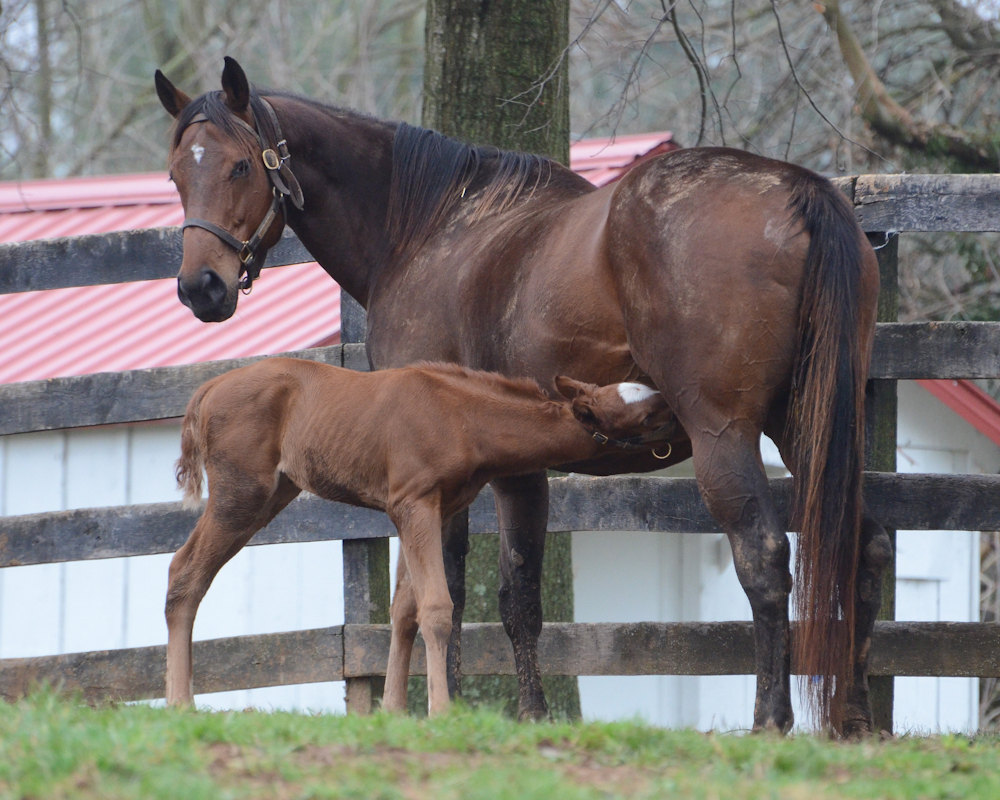 Half-sister to Grade 1 winner Hookedonthefeelin’ (who sold at auction for $2.9 million and is the dam of Grade 1 winners Pussycat Doll and Jimmy Creed, plus stakes winner Funny Feeling) and to Citiview (dam of Midnight Lucky, winner of the Grade 1 Acorn Stakes and Humana Distaff), Fifteen Moons is out of the nice racemare Prospective Joy.  Her sire Malibu Moon is among the perennial leading stallions in the country.

She has produced $240,000-plus earner Moon Vision and $305,000-plus Stakes Winner (and Graded Stakes-placed) Mayla from her first two foals to race. She also has Lunar Rille, a winner on the turf who is in training at Laurel, a 2017 filly by Palace Malice and a 2018 filly by Mosler. She is being bred to Breeders Cup Dirt Mile and Pegasus World Cup winner City of Light in 2019.

In the breeding shed, Fifteen Moons has produced a filly by Pollard's Vision in 2011 (now named Moon Vision who has won multiple times) and stakes-winning Mayla, voted the 2015 Champion 3-year-old filly. In 2017 Mayla became a Graded Stakes placed mare finishing 2nd in the Gr.3 Winning Colors Stakes, and 3rd in the Gr.3 Chicago Handicap. Open for 2013 & 2014, Fifteen Moons has a 2015 filly by English Channel named Lunar Rille, now racing at Laurel. In 2017 she produced a quite lovely filly by Palace Malice and then had a very nice filly by Mosler in 2018. She was not bred in 2018.
Full Pedigree
Race Record
Fifteen Moons Photos
Additional Resources for Fifteen Moons
Photos of '15 Fifteen Moons
Midnight Lucky romps in the Grade 1 Acorn
Jimmy Creed scores in the Grade 1 Malibu
© 2021 Country Life Farm   |   Log in