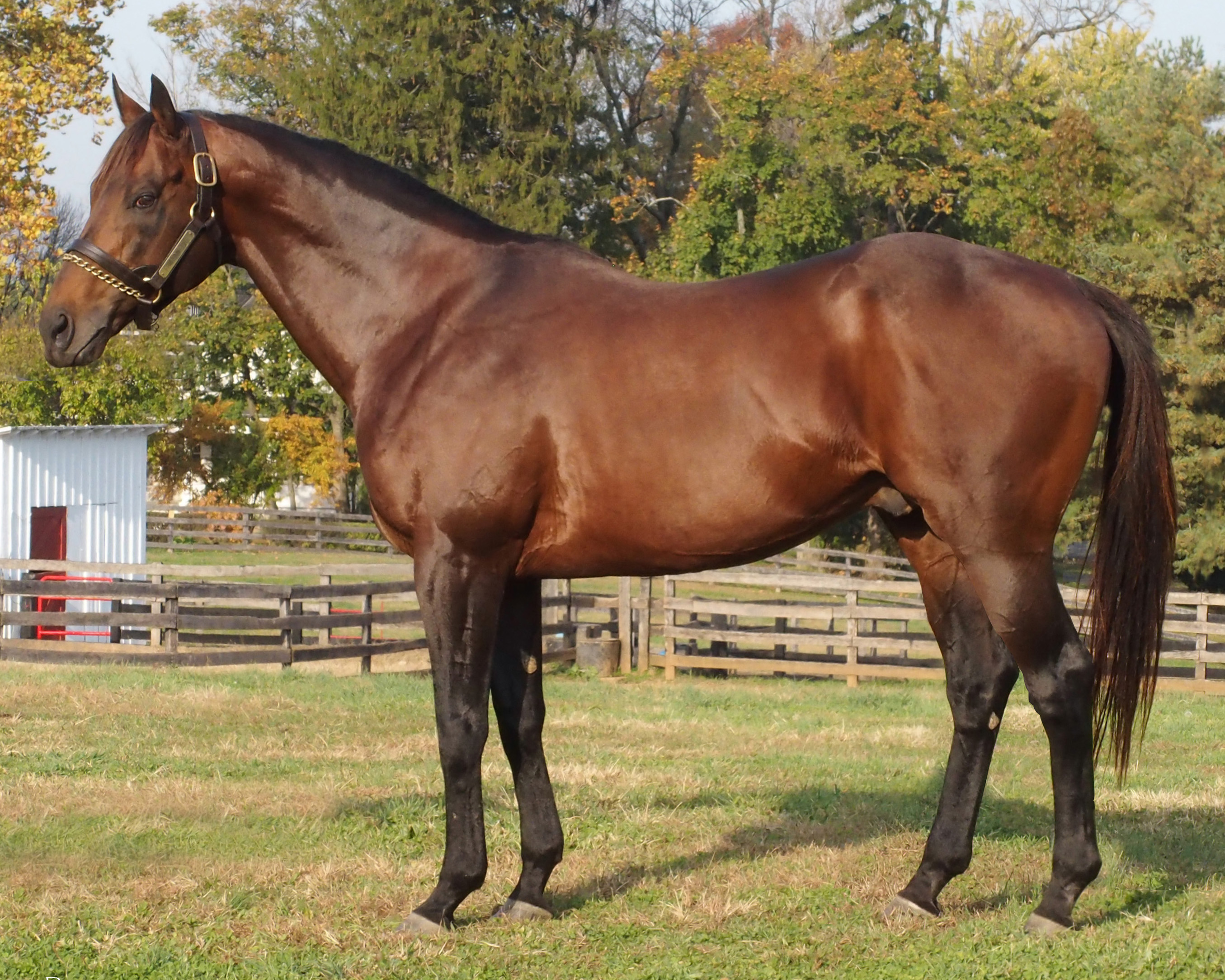 Sire of undefeated G1 Carter Handicap winner ARMY MULE and G2 Saratoga Special winner CALL PAUL. Friesan Fire is a leading Maryland General Sire and is the only mid-Atlantic based sire to have a G1 winner in 2018. FRIESAN FIRE was a debut winning 2-year-old who subsequently placed in the historic Futurity Stakes-G2 at Belmont as a juvenile. His racing career was highlighted by a sweep of the Fair Grounds’ series of Triple Crown prep races that included the Louisiana Derby-G2 (which he won by more than 7 lengths), Risen Star Stakes-G3 and Lecomte Stakes-G3, which made him the post-time favorite for the 2009 Kentucky Derby-G1. He returned at 4-years-old to win the Louisiana Handicap. He is by leading North American sire and sire-of-sires A.P. Indy, out of the top Australian racemare Bollinger, and is free of the Mr. Prospector blood that has crossed so effectively with A.P. Indy and his sons

FRIESAN FIRE’s first crop hit the races in 2015, and he got his first winner in July of that year at Parx when his son Morning Fire took a $42,000 maiden special weight despite a troubled trip!  Read the Blood-Horse write-up about FRIESAN FIRE’s first winner and see a video replay of the race here.  FRIESAN FIRE’s second winner came in a $70,000 maiden special weight at Del Mar on August 26th when On Fire, a $140,000 yearling purchase, broke his maiden at a mile (video replay here). Morning Fire went on to become a multiple stakes winner. His other stakes horses include Fire Key (3-time stakes winner), Saratoga Bob (winner of the 2018 Maryland Million Classic S), Flash McCaul (multiple stakes-placed), She Rolls (multiple stakes-placed), Ripple (stakes-placed) and Forest Fire (2nd in the Private Terms Stakes).