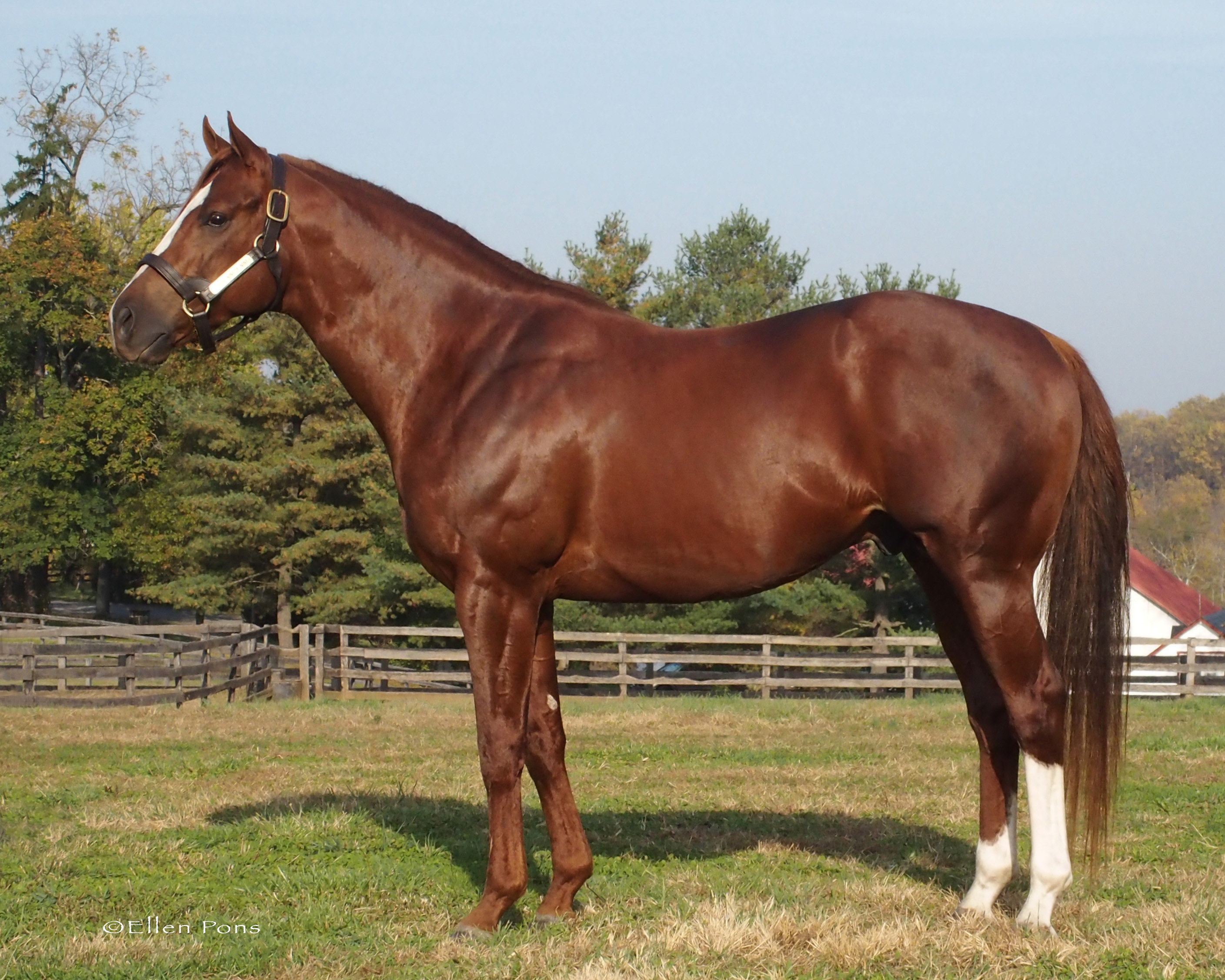 Maryland's only GSW by Pulpit. 11 1/4-length winner over Will Take Charge in the Southwest (G3).

Super Ninety Nine, a graded stakes-winning son of Pulpit, is out of the Unbridled’s Song mare Exogenetic, a three-quarter sister to ill-fated Exogenous, Grade 1-winner of $945,560. He has sired numerous six-figure earners as well as stakes-placed runners Tommy Shelby and Gifted Heart.

Bred in Kentucky by Northwest Farms, Super Ninety Nine raced for the Tanma Stable of Susan and Charles Chu, who purchased him for $260,000 at the June 2012 Ocala 2-year-old sale. Sent to trainer Bob Baffert, Super Ninety Nine won his debut at Santa Anita, defeating future Grade 1-winner Shakin It Up. He then was second in the Grade 3 Hollywood Preview Stakes, beaten a half-length. In his 3-year-old debut at Santa Anita, he breezed to 3 ¼-length victory, and Baffert mapped out a Triple Crown campaign through the Oaklawn Park preps. He sent Super Ninety Nine out for the $300,000, Grade 3 Southwest Stakes, and the colt blazed to a wire-to-wire 11¼-length win in the 1 1/16th-mile test, earning consecutive triple-digit Beyers. In the Grade 1, $750,000 S anta Anita Derby, Super Ninety Nine sped to the lead, finishing third behind eventual Breeders’ Cup Dirt Mile, Grade 1 winner Goldencents and Grade 2-winner Flashback. He retired with a record of eight starts, three wins, one second, and one third, and earnings of $378,260. “He made the cover of The Blood-Horse, with the headline ‘Super Fast,'” said Baffert. “That describes him perfectly.”

His outstanding first foals arrived in 2016 and his first-crop yearlings averaged $20,000 – the highest average of any first-crop Mid-Atlantic sire. His first winner was Little Miss Raelyn, a $135,000 Ocala 2-year-old purchase who broke her maiden at first asking on 8/19 at Laurel.