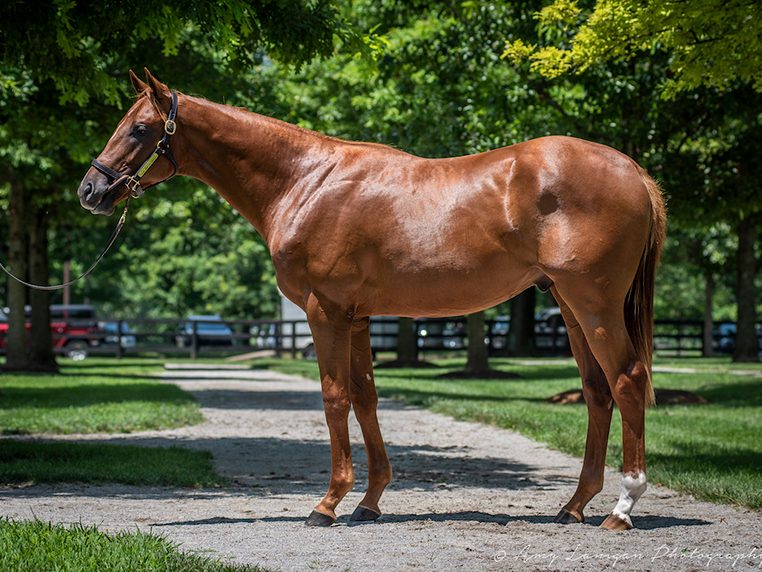 This handsome VA-bred chestnut colt was purchased at the Fasig-Tipton July Yearling sale for $90,000. Shortly after, his two-year-old half brother Oviatt Class broke his maiden at Del Mar and then placed 3rd in the G1 American Pharoah Stakes at Santa Anita. The colt was broken at Merryland and is in training at Fair Hill with Mike Trombetta, hoping to debut at Colonial Downs this summer.