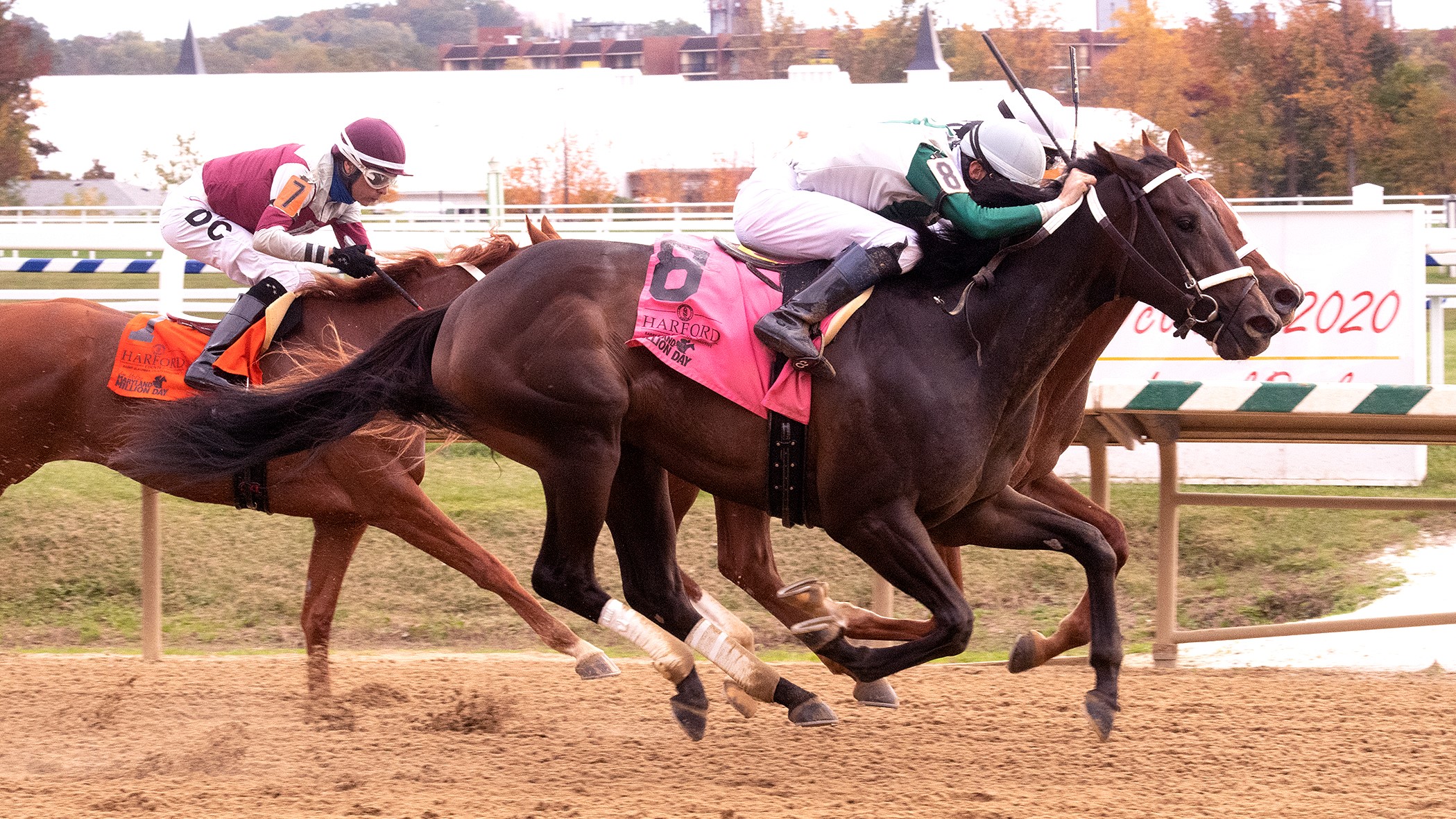 Miss Nondescript was purchased at the Keeneland November Breeding Stock Sale for $20,000 as a broodmare prospect. The stakes-winning daughter of Mosler was brilliant in winning her debut at Monmouth in September of 2020, which prompted Eclipse Thoroughbreds to buy her privately for $380,000. She then went on to win the Maryland Million Lassie the following month, defeating subsequent multiple stakes winner Street Lute. After an off the board finish in the MD Juvenile Fillies Championship, it was discovered that she had a bone chip and had surgery, but she never regained her winning form and was sold as a broodmare prospect in November of her 3-year-old year.

Her dam She’s Funomenal also won her first 2 starts, a Maiden Special at Hollywood Park followed by a non-blacktype stakes race. She’s a 100% winner producer from her four foals to race. Miss Nondescript followed in her mother’s footsteps by winning her first two starts, so hopefully she’ll be a winner producer as well. She’ll be bred to Divining Rod in 2022, the leading Freshman Sire outside of Kentucky in 2021. He was also the #1 First-Crop Sire and the #1 Sire of 2-year-old winners in the Mid-Atlantic in 2021.

Expenses are estimated to be around $250/month per share for the first year until she has a foal on the ground.