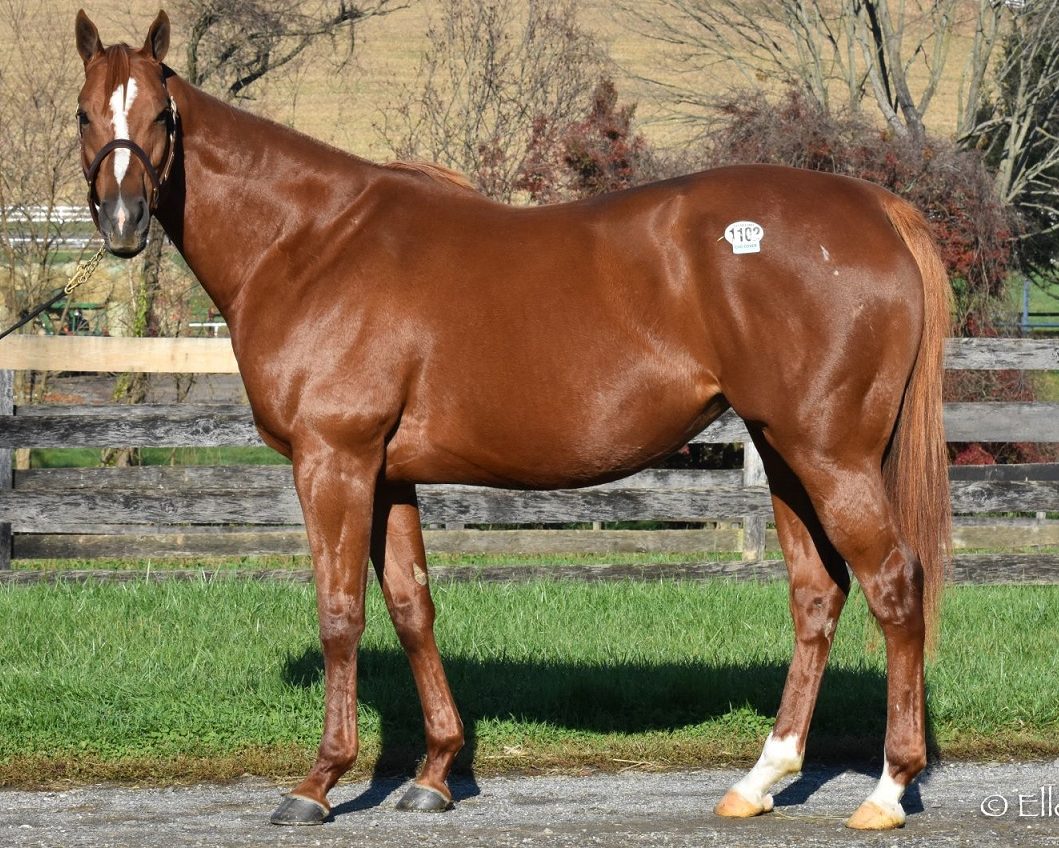 Miss Mystique broke her maiden on debut in a NY-bred Maiden Special Weight race at Belmont, then was 3rd in both the Seeking the Ante Stakes and Maid of the Mist Stakes in her second and fourth starts. She ran single digit speed figures in several of her races, earning $258,283 in her career. Her sire Teuflesberg, a son of Johannesburg, was a very fast horse who won the Southwest and G2 Woody Stephens, earning single-digit speed figures in half of his starts.  Her dam, the Malibu Moon mare Malibu Mystique, also produced $350,000 stakes-winner Brenda’s Way.  Those speed figures on both the top and bottom of her pedigree are what attracted this mare to us, as fast mares make fast foals.

Then you look at who she’s in foal to – Claiborne’s exciting first-year stallion Catholic Boy (by More Than Ready): a 6-time graded stakes winner including the G1 Travers Stakes. Catholic Boy was no worse than 4th in all of his races except a rough trip in the G1 Breeders Cup Classic, where he was eased. His speed figures were consistently under 10. He won Grade 1’s on both turf and dirt and earned over $2.1-million. His popularity showed at the fall breeding stock sales so far, as he’s the leading Freshman covering sire of 2020 with mares in foal to him averaging $168,875. 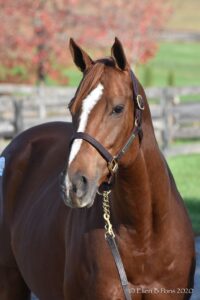 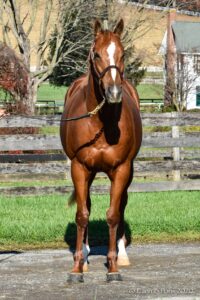 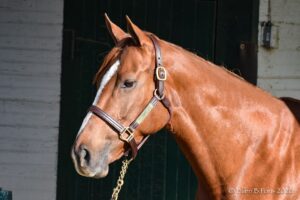 Broodmare expenses are estimated to be around $250/month, plus expenses on the foal once born.