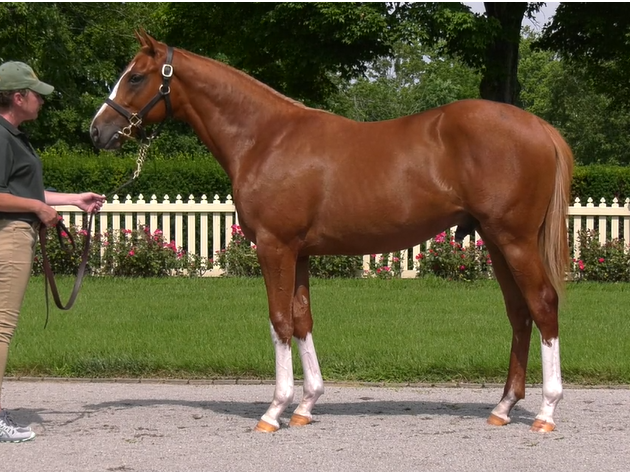 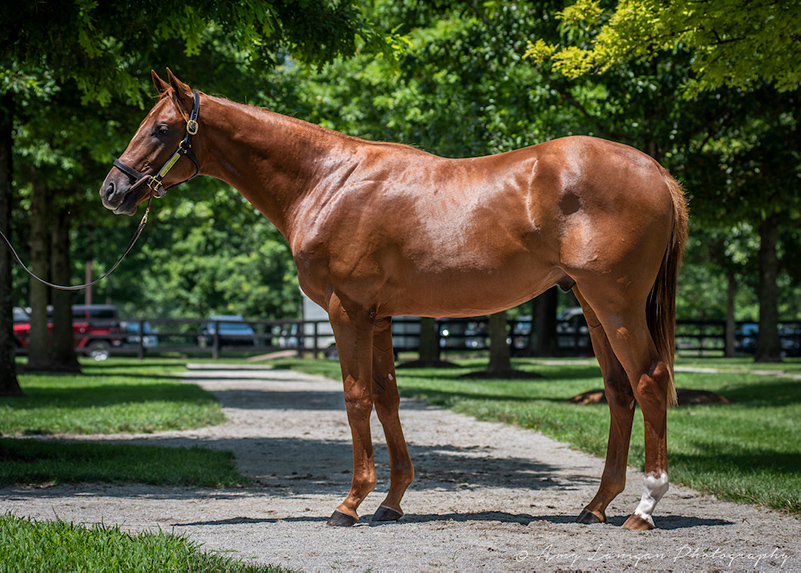 Hip #65 – Collected colt out of Playful Love (by Tapit). This flashy colt is by Collected, a G1-winning son of City Zip, who defeated Arrogate in the $1-million Pacific Classic. His yearlings are generating some buzz at the early select sales, averaging $86,000, and we picked up this Ontario-bred colt for $55,000. He’s out of the stakes-placed Tapit mare Playful Love, who we purchased earlier in 2021 in foal to Twirling Candy. Shares are $5,500 for a 10% interest.

Hip #73 – Collected filly out of Secret Kitten (by Discreet Cat).  A lovely moving filly out of multiple stakes-winning Secret Kitten. Her dam broke her maiden on debut and then won two stakes to be undefeated in her first 3 starts. She raced exclusively in stakes races for the rest of her career, placing in two more before retiring with earnings of $138,750. Also by Collected, this KY-bred filly was purchased for $40,000. Shares are $4,000 for a 10% interest.

Hip #241 – Malibu Moon colt out of Occasionally (by Tiznow).  There aren’t going to be many more chances to own a Malibu Moon, and this VA-bred colt was one we couldn’t pass up. Just look at his female pedigree: Out of a full sister to the dam of G1-winner COME DANCING (also by Malibu Moon), which makes this colt a genetic full cross to that spectacular filly. A third full-sister to Occasionally, named Tiz a Chick, has also enjoyed black-type production with the recent stakes-placing of her son Shake Some Action. The VA-bred bonus program just adds to this colt’s appeal, as he’ll be eligible to run in restricted VA-bred races at the lucrative Colonial Downs meets and be able to earn a 25% Owners bonus for any wins in non-VA-restricted races in the Mid-Atlantic region. We paid $90,000 for this colt. Shares are $9,000 for a 10% interest.

10% shares are being offered at no markup from their purchase price.

Expenses are billed at the end of each month, pro-rated to each partner

Monthly expenses are estimated to be around $300/month until the horse begins racing. After that purse earnings can offset monthly expenses.