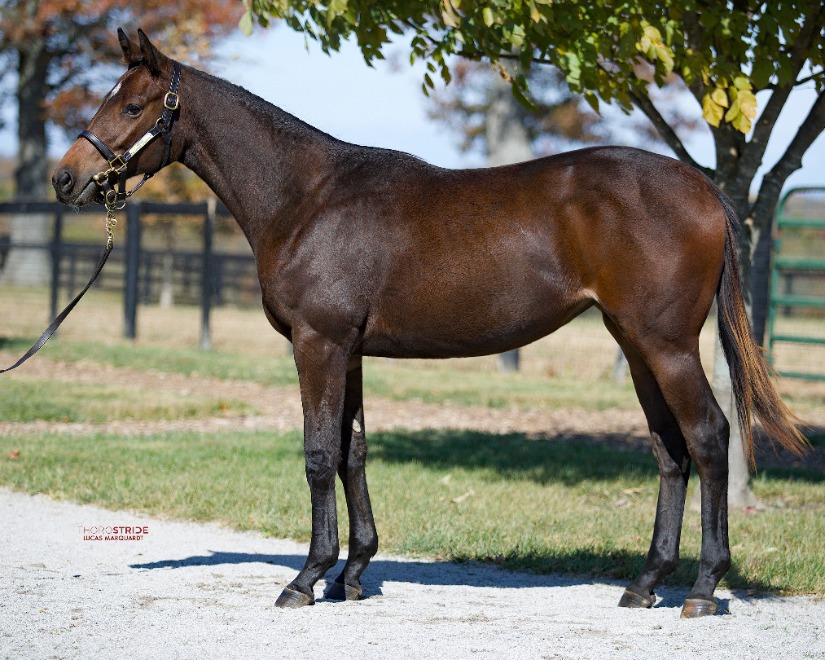 This KY-bred yearling filly is by Audible, the best looking son of Into Mischief that we’ve seen. Winner of the G1 Florida Derby and G2 Holy Bull (the fastest winner of the Holy Bull since 2013) and 3rd in the G1 Kentucky Derby, he was consistent on the track and has passed on his athletic build to his first crops of foals. With a yearling average of $147,072, he’s on track to be a leading 1st Crop Sire next year.

The filly’s dam, Pleasant Laughter, was multiple stakes-placed and has produced two stakes horses. Her daughter Hillhouse High won the G2 Royal Heroine Stakes at Santa Anita and was third in the G2 Goldikova Stakes and G3 Buena Vista Stakes. Another daughter, Niceno, placed in a stakes this year.

This is an active family, and we’re betting that this filly will be the next blacktype horse in the pedigree.

Monthly expenses estimated to be around $400/month per 10% share until the horse gets to the races, after which purse earnings are expected to offset expenses. Statements are sent at the end of each month.