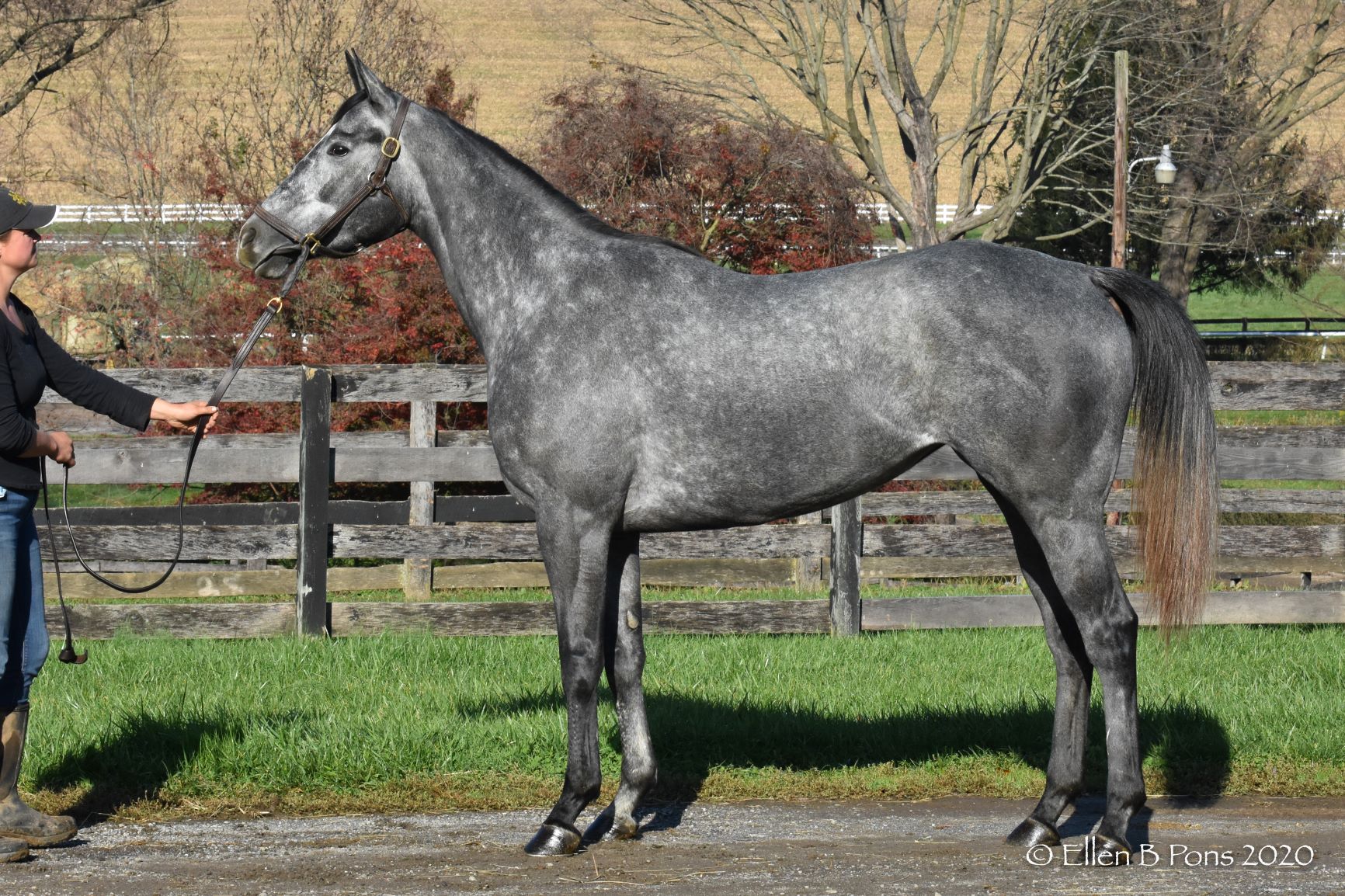 Spanish Point is a 3-year-old, beautiful grey filly by G1-winner Creative Cause out of the Mineshaft mare Ocean Foam. She was recently retired from racing after earning $120,925 in 7 starts. This filly broke her maiden on debut at 2 last year by 5-1/2 lengths with John Velazquez in the irons at Belmont. She followed that up with a front running score in the $75,000 House Party Stakes at Gulfstream Park. At the beginning of this year she ran 3rd in the $75,000 Glitter Woman Stakes at Gulfstream before COVID-19 closed tracks across the country. She returned to winning form in July at Saratoga (running an impressive speed figure of 9) and ran 2nd in her final start, an optional claimer at Saratoga, in September before getting hurt.