Starr of Quality, in foal to Spendthrift’s Bolt d’Oro (whose first weanlings averaged $120,385) was purchased for $72,000. She’s a $307,529-earner who scored 6 victories and won the Dream of Summer Stakes at Santa Anita. She ran single-digit speed figures six times in her career.

In our analysis of speed figures in the pedigree, you can’t overlook her sire – G1-winner First Dude, who was 2nd in the G1 Preakness and 3rd in the G1 Belmont, G1 Haskell, G1 Travers and G1 Bluegrass Stakes. He ran single digit speed figures in all but three of his starts (including blazing 4’s in his wins in the G1 Hollywood Gold Cup and G3 Alysheba in his last two starts before retiring to stud).

She’s in foal to Bolt d’Oro, Spendthrift’s extremely popular and fast son of top sire Medaglia d’Oro out of Globe Trot – a great Claiborne female family. He ran a speed figure of “2” when winning the G1 Front Runner Stakes as a juvenile. That’s fast. 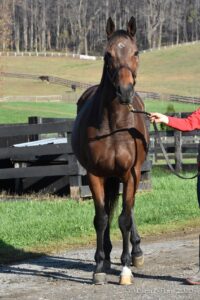 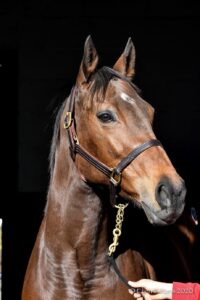 Broodmare expenses are estimated to be around $250/month, with foal expenses billed separately after she delivers in 2021.